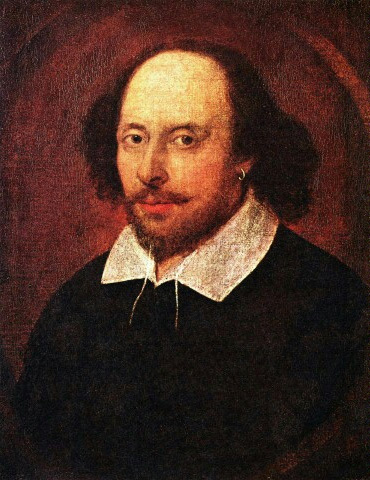 Heartiest congratulations to you on being the captain at the helm of affairs. ‘Be not afraid of greatness — some are born great, some achieve greatness, and some have greatness thrust upon ’em’. Let the mantle sit on you lightly. ‘There is a tide in the affairs of men, which, taken at the flood, leads on to fortune; omitted, all the voyage of their life is bound in shallows and in miseries. On such a full sea are we now afloat, and we must take the current when it serves, or lose our ventures.’

Seize the opportunity bestowed on you to make a real difference. Do take heart in the fact that when good leaders are leading the ship, the wind and the waves tend to turn in their favour, when responsibility is served well. It is indeed my endeavour to share a few thoughts that may perhaps be good companions in your voyage to success. You are alone at the top, and I can almost hear you say, ‘My thoughts are whirled like a potter’s wheel; I know not where I am, nor what I do’. A good place to begin is with your vision of the future. Are they ‘words, words, mere words, no matter from the heart?’ Does your heart resonate with passion when you think of your purpose?

It is insufficient if your vision remains writing on the walls, unless you are able to embed it into the souls by creating a shared vision. Do bear in mind that ‘every subject’s duty is the king’s; but every subject’s soul is his own.’ Each member of your team needs to echo the thought, ‘In following him, I follow but myself’. I would even say, ‘love sought is good, but given unsought is better’. When you value each member of your team and ensure teamwork, you can harness the collective soul and achieve unimaginable outcomes. ‘Combine your hearts in one and realms in one’.

We do live in difficult times, and it is prudent to remember that ‘sweet are the uses of adversity’. Why allow worries to daunt you for a ‘light heart lives long’.Let me caution you that when sorrows come they come not single spies, but in battalions’. So, be prepared. ‘The will is finite and the execution confined; that the desire is boundless and the act a slave to limit’. These are great occasions for you to command respect of your team, as ‘our remedies oft in ourselves do lie which we ascribe to heaven.’

You may perhaps ponder — ‘To be or not to be; that is the question; whether ’tis nobler in the mind to suffer the slings of outrageous fortunes, or to take arms against a sea of troubles, and by opposing, end them’. ‘Our doubts are traitors, and make us lose the good we oft might win by fearing to attempt’. While ‘the better part of valour is discretion’, fresh ideas, stretched minds and energetic interactions in an empowered environment can lead to higher morale and create cohesive winning battalions to counter the enemies outside.

Let me now draw your attention to another vital aspect, before I bid adieu. Do safeguard your image, what with murky doings around us, sullying the name of many. ‘The purest treasure mortal times afford is spotless reputation’.

‘All the world’s a stage, and all the men and women merely players: they have their exits and their entrances; and one man in his time plays many parts’. I hope you would make this voyage like ‘a man that fortune’s buffets and rewards has taken with equal thanks’, and pray that you have a glorious time that you can say — ‘I have touched the highest point of all my greatness; and from that full meridian of my glory I haste now to my setting’. A life well served and well lived, indeed!

I penned this article imagining what Shakespeare would say to the new-age CEO, as my humble tribute to the literary genius, weaving it with words that he so eloquently used in many of his plays. The  column was featured by the Hindu Business Line on 2 June 2012.

William Shakespeare ( 1564-1616) was indeed the supreme literary manifestation of the Renaissance period having lived during the remarkable reign of Queen Elizabeth I. Shakespeare left behind a monumental legacy spanning narrative poems, 154 sonnets and 36 plays unleashing 20,000 words of which he created nearly a tenth. Shakespeare’s appeal is timeless and his work a deep reflection of many sciences, particularly of human emotions, and he created a fascinating array of 1200 characters, each representing the human psyche in its unique way, with even Sigmund Freud and Peter Drucker admitting their debt to him for the insights they garnered from his work.